War for the Planet of the Apes is epic in the traditional sense of the word. Its storytelling scope is grand, showing pieces of the new world at large without ever losing sense of the personal arc that this series has focused on since the beginning.

More than ever, the latest entry in to the Apes series is Caesar’s story. In past films we’ve often seen Caesar through the point of view of those who have raised him, those who have followed him, and those who have feared him. However, War for the Planet of the Apes trades in its A-Plot/B-Plot storytelling of Humans and Apes for a story that focuses solely on Caesar’s point of view. It’s been over 15 years since the events of the first film and Caesar is beginning to show signs of his age, he’s become grizzled, tired, he senses an end in the near future. And despite this films bombastic title, it is a largely personal story. It is more deliberately paced than previous entries. It feels confident in quiet moments, of which there are many. We know we are headed to a war, but the moments of solemnity, reflection, and exploration along the way make that inevitable conclusion all the more explosive. 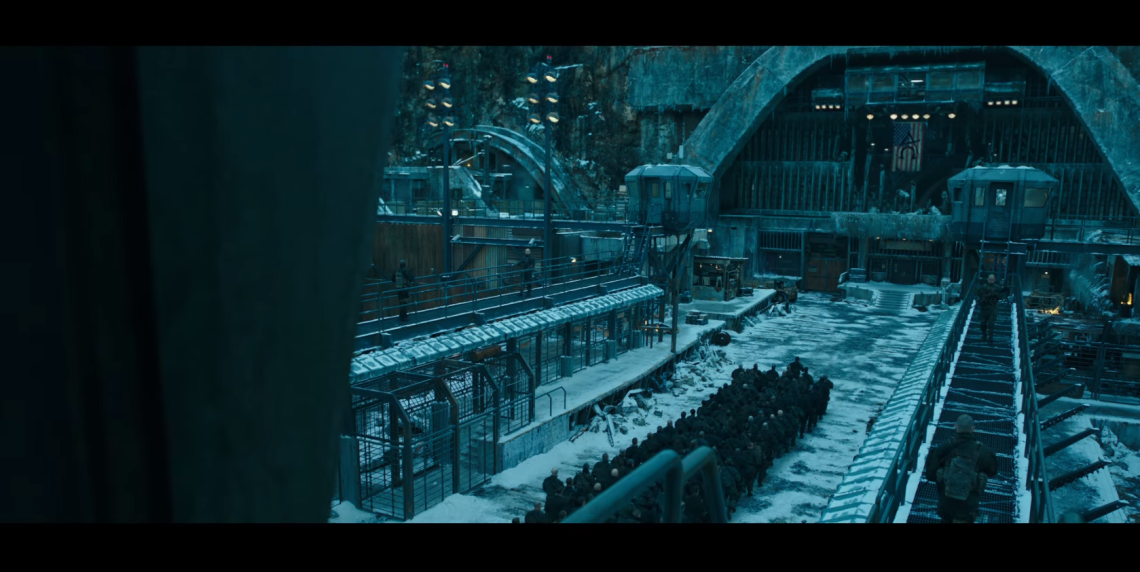 This is part of what makes this series feel so special. We’ve followed this characters growth, almost literally from birth, over the course of three films. It is a rare feat for a film series to pull off, but one that is portrayed incredibly by Andy Serkis as Caesar, as he has taken on each chapter of Caesar’s life. It’s a portrayal that’s wholly unique and will surely usher in questions about awards recognition of digital performances going forward.

The latest entry in the modern Planet of the Apes series cements it as one of the best sci-fi series, and overall trilogies in recent history. War pays homage to its past in many ways, and is laden with references and nods to the series, but never feels weighed down by them. In fact, it does quite well standing on its own. It does what the best sci-fi is meant to do, it thrills, it inspires, it makes you think. It’s a thoughtful, beautiful, emotional blockbuster that will beg rewatching in the future.